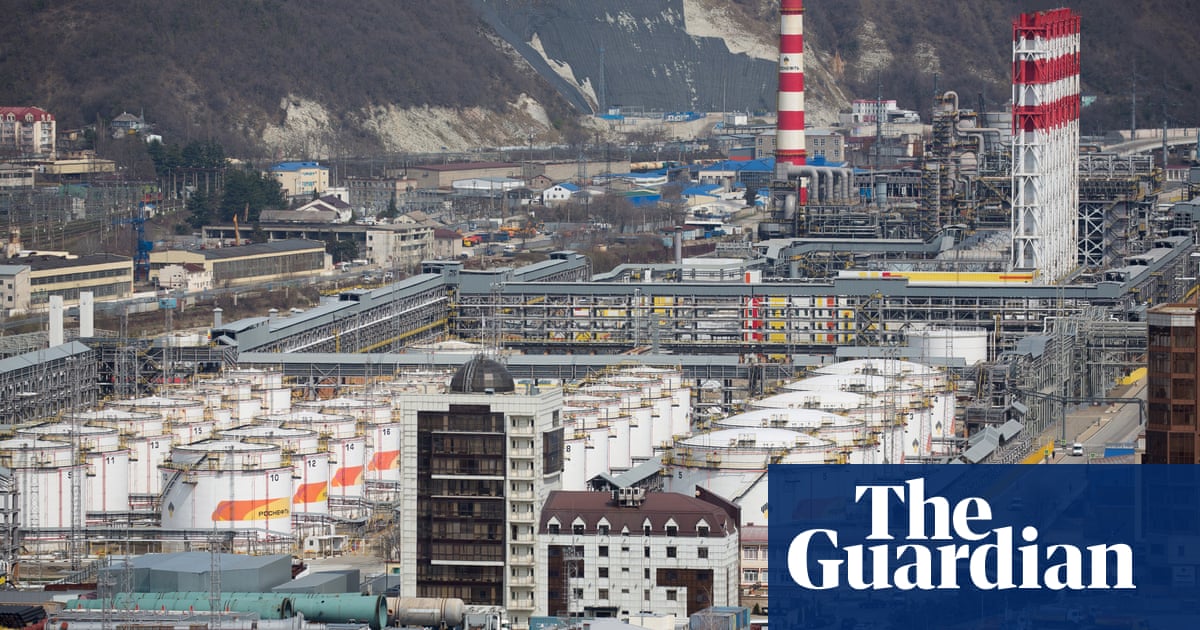 One of the ironies of the war in Ukraine is that the Kremlin’s finances benefit every time the crisis deepens. After Saudi Arabia, Russia is the second biggest exporter of crude oil, and it is out on its own as an exporter of natural gas.

Countries producing more oil and gas than they consume enjoy windfall gains when prices rise – and Russia falls into that category.

Conversely, countries not self-sufficient in energy suffer when prices are high because costs for business rise and consumer spending power is squeezed. There is a lively debate about whether the US is self-sufficient in energy, but it is certainly a lot less dependent on imports than the European Union, which gets 40% of its natural gas from Russia.

Europe is a lot more vulnerable to a loss of Russian energy supplies than the US, and that helps explain why the German chancellor, Olaf Scholz, is more cautious than Washington over extending the west’s sanctions regime to oil and gas – at least for now.

After Antony Blinken, Joe Biden’s secretary of state, sent prices rocketing by saying the US and its allies were actively considering adding oil and gas to the sanctions list, Scholz said Russian energy was “essential” to Europeans’ daily lives.

Boris Johnson also expressed caution, making it clear that a ratcheting-up of sanctions to include oil and gas could not happen overnight. The prime minister’s warning came as the cost of unleaded petrol on UK forecourts hit 155p a litre, according to the RAC.

The International Monetary Fund is concerned about the impact of energy prices on a global economy still recovering from the Covid-19 pandemic, with the fear that the hit to demand in energy-consuming countries will not be offset by a increase in spending by energy producers. The economic consequences are already “very serious”, it says.

At the start of 2022, the EU was paying €190m a day for the natural gas it received from Russia, but by the end of last week this daily figure had risen to €610m. The further increase in gas prices since means the bill will now be even higher.

It is a similar story for oil, where in early trading the cost of a barrel of Brent crude briefly reached $139 – within striking distance of its record high of $147 a barrel in 2008. On some estimates, Europe is paying $285m a day for Russian oil.

Nick Parsons, head of research for the renewable energy company Thomas Lloyd, said that in sterling terms, oil prices (unadjusted for inflation) were higher now than 14 years ago, owing to a lower exchange rate. In 2008, with the pound worth $2, a barrel of oil cost £73; at the current exchange rate of $1.31, it costs £106 a barrel.

It remains to be seen whether Russia is actually reaping the full benefit of rising prices. Neil Shearing, group chief economist at Capital Economics, says sanctions are already having a marked impact on cross-border transactions, including as yet untouched oil and gas exports.

Evidence for that, Shearing says, comes from the price differential between Brent crude – one of the global benchmarks – and Urals crude, the main Russian export blend. Before the invasion, Urals crude traded at an average discount of $2-$3 a barrel, but that has subsequently widened to almost $25 a barrel.

With the rouble hitting fresh lows against the US dollar, Russia is already feeling the impact of sanctions. But so too – in the economic version of mutually assured destruction – is the west.

Russia’s invasion of Ukraine has abruptly transformed the world. A million people have already fled. A new Iron Curtain is grinding into place. An economic war deepens, as the military conflict escalates and civilian casualties rise.

It’s our job at the Guardian to decipher a rapidly changing landscape, particularly when it involves a mounting refugee crisis and the risk of unthinkable escalation. Our correspondents are on the ground on both sides of the Ukraine-Russia border and throughout the globe, delivering round-the-clock reporting and analysis during this perilous moment.

We know there is no substitute for being there – and we’ll stay on the ground, as we did during the 1917 revolution, the Ukrainian famine of the 1930s, the collapse of 1991 and the first Russo-Ukrainian conflict in 2014. We have an illustrious, 200-year history reporting throughout Europe in times of upheaval, peace and everything in between. We won’t let up now.

Tens of millions have placed their trust in the Guardian’s fearless journalism since we started publishing 200 years ago, turning to us in moments of crisis, uncertainty, solidarity and hope. We’d like to invite you to join more than 1.5 million supporters, from 180 countries, who now power us financially – keeping us open to all, and fiercely independent.

Unlike many others, the Guardian has no shareholders and no billionaire owner. Just the determination and passion to deliver high-impact global reporting, always free from commercial or political influence. Reporting like this is vital to establish the facts, who is lying and who is telling the truth.

And we provide all this for free, for everyone to read. We do this because we believe in information equality. Greater numbers of people can keep track of the global events shaping our world, understand their impact on people and communities, and become inspired to take meaningful action. Millions can benefit from open access to quality, truthful news, regardless of their ability to pay for it.